Does the jacket keep warm?

With the continuous development of China’s economy, people’s living standards have gradually improved, both in terms of diet and clothing. Take measures to keep warm before the cold winter is coming. Customized jackets can withstand the wind and cold, which is a good choice in winter. But some netizens still ask whether the jacket is customized and breathable? Today, let us walk into Suzhou Shengqiaoyi to see how it is like?

The main principle of using expanded polytetrafluoroethylene for customized jackets is to stretch the polytetrafluoroethylene to make it appear micropores, and to control the diameter of the micropores to be about 700 times that of water molecules and 1/20,000th of water droplets. There are about 9 billion micropores per square centimeter of area to achieve the purpose of waterproof and breathable. Then stack the stretched film layer by layer, about dozens of layers. The arrangement of the pore structure of the film is disordered. There is no single direction channel for wind through the film, and the wind is in the film. The surface layer forms scattering, so it cannot pass through the labyrinth-like film structure, thus achieving the purpose of windproof.

Then, the film and the base fabric are pasted together to form the jacket fabric that we usually see.

Although the principle is simple, some core technologies are difficult to master, such as how to control the size, density, and uniformity of the pore size during the stretching process, the thickness of the film during the stacking process, the glue, temperature, Pressure and other links. Therefore, there are not many manufacturers that can truly produce qualified ePTFE jacket fabrics. Among the outstanding representatives are GORE-TEX and GE (General Electric)’s EVENT.

The so-called two-layer fabric is to directly attach the membrane to the base fabric. In the process of producing the garment, a layer of mesh fabric is mostly added. This will not affect the ventilation, but also can effectively protect the waterproof and breathable membrane. 80% of the jackets on the market are two-layer jackets.

The two-and-a-half-layer fabric is a unique product of GORE-TEX. After the membrane is applied to the base fabric, a very thin layer of special PU is added to it, which makes the fabric very thin, light and soft. The three-layer fabric is made by attaching the film to the base fabric, and then attaching a layer of warp knitted fabric inside. This fabric is breathable, wear-resistant, and light, but it is slightly harder than the two-and-a-half layer fabric, but GORE-TEX is new The ultra-micro grid fabric developed is comparable to the two and a half layer fabrics in terms of softness.

Superb custom craftsmanship of jackets. It can be windproof, waterproof, and breathable. 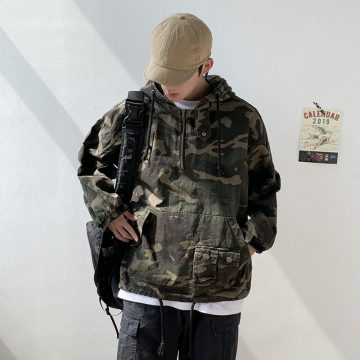 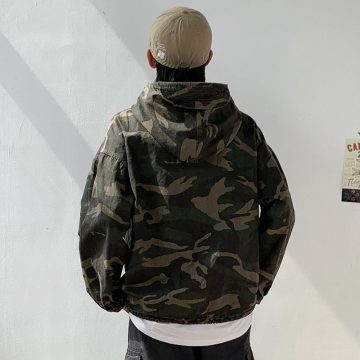