Men’s wool coat helps you warm up in the winter

Regardless of men and women, there are a few heavy down jackets in the winter wardrobe. It is really not beautiful to wrap up like a zongzi. You must be brave to abandon it when you want to abandon the temperature and grace! Men quickly customize their coats to be handsome! Today, Suzhou coat production The manufacturer Sheng Qiaoyi will introduce the styles of men’s cashmere coats and how to wear them. A cashmere coat is enough for you to last until next spring!

1. Basic single-breasted coat
Just like this, you can choose to wear a three-piece suit and a wide tie in business occasions. Limiting the colors of a body to black, white and gray can give people a sense of seriousness that no one else is near. Non-emotional neutral colors will make you feel more rational.

Therefore, the double-breasted coat itself has its own historical heaviness, coupled with the expensive and soft material of cashmere, an old-school gentleman’s texture emerges. The two people in the picture above, whether they were wearing a three-piece suit or all-black base, all won over the unarrogant Dandy temperament, and they wore the double-breasted cashmere coats chic and steady.

If you are confident that you are an old boy who has gone through the years, then a solemn retro double-breasted coat is more suitable for you

3. Flowy one-button coat
In addition to the basic styles and classic styles mentioned above, the styles of cashmere coats are constantly developing more contemporary styles. For example, the one-button style in the picture above responds to the trend of minimalism, reducing the usual two-button or three-button single-breasted coat to only one button. The sharp and clean cut allows the front of the coat to hang down from the neckline to the hem, highlighting the smooth and soft quality of cashmere.

A buttoned cashmere coat mostly emphasizes the smoothness of the lines, so there is not too much modification on the shoulders and waistlines emphasized by traditional men’s clothing, which gives it the effect of making “fat people powerful and thinner thinner”. In order to highlight the effect of thinning it into a seam, black is a natural choice. Take a look at the designers who love to make a button coat, Rick Owens, Comme des Garcons, Yohji Yamamoto…all are in a killing style, so you can be bold enough to do “the world is as dark as a crow”!

In addition to black, the classic camel of cashmere material is also a good choice. Not as cold as black, it will make you more like a rich man.

So if you are a literary dog ​​in your circle of friends, then you should choose a buttoned cashmere coat. (The style with the waist confiscated can be worn by both men and women, so all women’s styles can be worn in large and neutral styles!) 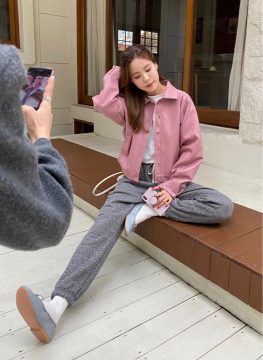 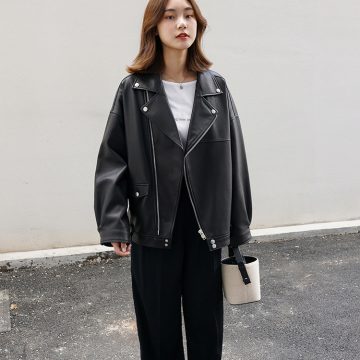